He may have invented a technological revolution with a startup called Knecto. It won several prestigious IT awards for its sensor technology, and could be the way a new generation decides to shop. Posted by Billy Cox, Staff Writer, Herald-Tribune. August 26, 2019 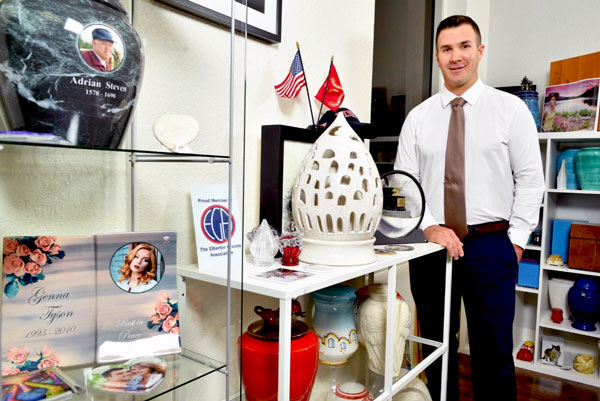 NORTH PORT — What if you could shape your image, exactly the way you want to be remembered decades after you’re dead? Or maybe it’s a relative you want to memorialize, or a friend. What if you could summon their voices, their photos, videos, old letters, maybe their entire social media history — for the benefit of generations unborn — with a tap of a smartphone? A North Port entrepreneur who competes in Grand Prix offshore racing and hunts wild boar with spears and knives is moving full speed ahead on this innovative hardware/software package. But as much as his brainstorm connects with memories, Tanner Lewis says the system has even more massive implications for the future.

“Homo sapiens have always categorically documented themselves, whether by putting their handprints on a cave wall or placing a picture on a ceramic tile and placing it on a headstone,” says the adventure-loving St. Croix, U.S. Virgin Islands, native. “We’ve evolved. Now we’re able to communicate that life story with an interactive part. “This is the new revolution.”

And the information technology culture is paying attention. Because Lewis’ company, Knecto, isn’t just about preserving family legacies — it’s also about scaling to store, protect and transfer infinite amounts of product information, for retail and industrial clients. Last month, Lewis’ Knecto revolution came up big in the Network Products Guide IT World Awards. Formed in 2017, the limited liability company won Gold as the Company of the Year in the Cloud/Software as a Service category, and the Information Technology Hybrid division. Competing in the contest’s other categories were name brands like Verizon, McAfee and SonicWall. Lewis, 38, secured the first of two groundbreaking patents in 2015, one wired for identifying objects, the other for identifying people.

Known to the U.S. Patent Office as the Memorial Data System and initially deployed through the company he calls Eternal Timekeeper, both packages operate on the same principle. Users can upload digitized information about the deceased into a transponder circuit, which is about the size of a quarter and fitted onto a visual marker. Survivors can then attach that marker, weatherproofed with porcelain, onto a tombstone.

Using a smartphone’s electromagnetic field, an app engages the transponder as easily as paying for groceries digitally at the checkout counter. The files then pop up on the phone, and there’s your late Aunt Mary on the display screen, along with a menu of everything you’ve collected on her. Can’t find the grave? No worries, remember — you’ve already programmed the plot’s GPS coordinates into the sensor. Compelling as that may be — a video demonstration on Lewis’s website introducing children to a late World War II veteran is downright affecting — Knecto will likely make its greatest impact in the industrial sector.

“Remember the QR code you could scan, that would take you to a web page? Well,” says a Knecto client at Pelican Water Systems, “this is like the QR code on steroids, because it gives customers access to everything they need to know.” 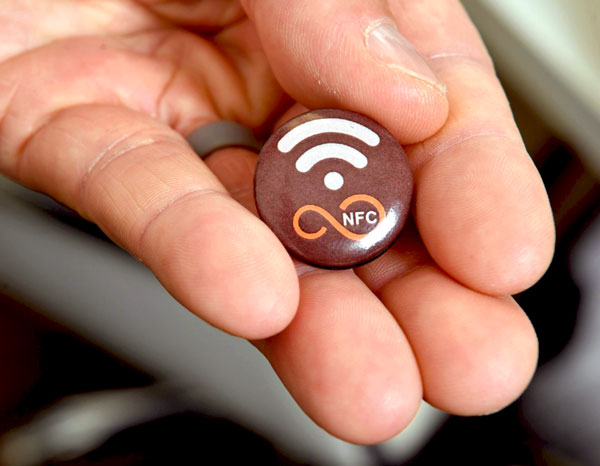 Purchased this year for $120 million by residential water-treatment giant Pentair, the Deland-based Pelican was one of Knecto’s first clients. Former chief operating officer and chief sales officer Tony Friesel says Pelican has also programmed its wholesale division, Enviro Water Solutions, with Knecto sensors that can remind plumbers in the field how to install their hardware.

“If you think about more and more millennials not wanting to engage with human beings, imagine putting a phone up to a product with a sensor and getting everything you want to know about it right there on the spot,” Friesel says. “My God, I think the potential for this technology is massive.”

In fact, Lewis is in negotiations with big names he’s not ready to talk about yet. Not bad for a guy who hated standardized testing, maintained a C average in high school, bounced around six colleges and never graduated.

Fascinated with chemistry and biology, fantasizing over a future combining the careers of Steve Irwin and Indiana Jones, Lewis grew up in the Virgin Islands, not far from Salt River Bay, where Columbus made landfall on his second historic voyage. The road to Knecto was circuitous, marked by forays into interior demolition, restaurant management, professional wakeboarding, surfing and landscaping. The tuneup for Knecto turned out to be jobs with a couple of Florida-based family businesses, Resal Global Procurement Services and Brandon Transfer and Storage, which was a subcontractor for Pratt & Whitney, the aerospace giant.

“That’s when my eyes opened to all the technology and innovation behind it,” says Lewis. “I saw something much bigger.”

Lewis poured what he’d learned about shipping and logistics into his first startup, Porcelains Unlimited. It specializes in personalized memorial designs, urns, architectural mosaics with tiles imported from Italy. But those earlier contacts also led to ceramics-based work for a defense contractor, which in turn led Lewis to think about cataloging his inventory with proprietary electromagnetic sensors. After all, he’d been burned once before, when he failed to protect helmet-camera technology he designed years ago. And he says Americans largely underestimate what China is purloining from the business sector.

“Anything that goes across the wire can be seen by anybody,” he recalls, “So I was trying to encrypt things.”

Lewis started embedding those sensors in his memorial porcelains. And that’s when it hit him, the amount of information that can be compressed into such a tiny platform.

Between Knecto about to explode and the demands of becoming a father for the second time several weeks ago, the schedule has fewer open slots for getting his beloved adrenaline fixes. An extreme sports aficionado, Lewis has a photo in his office of a gargantuan feral porcine specimen he snagged without using a gun; in fact, a YouTube video shows him chasing after a wild boar with spear in hand and hurling himself into the fray with tracking dogs.

Lewis has also chronicled, on YouTube, his exploits behind the wheel of powerboats. He most recently competed in the Fourth of July Grand Prix off Siesta Key with Bradenton racer Ryan Beckley.

“Tanner’s always up for any challenge,” says Beckley, “and he’s always got a lot of irons in the fire, thinking ahead, about what’s going to be the next big thing, how that thing could work for people in everyday life. I always felt that, sooner or later, one of those things was going to take off, and it appears Knecto is going to be it.” 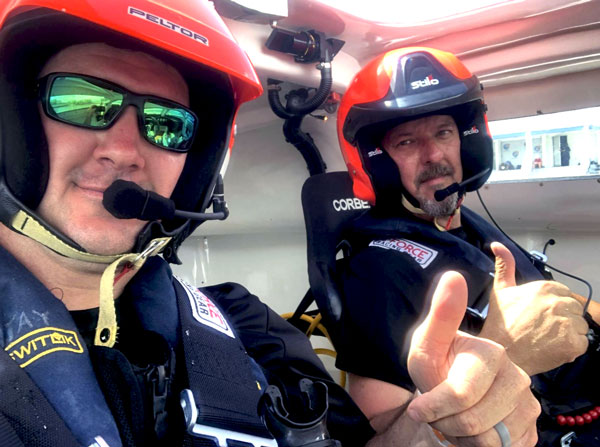 Between now and the next big thing, Lewis is keeping an eye on the ultimate Super Boat International competition in Key West.

“There’s a saying about if you want to be the best, you’ve got to win Key West,” he says. “Someday, I’m gonna win Key West.”

Any cookies that may not be particularly necessary for the website to function and is used specifically to collect user personal data via analytics, ads, other embedded contents are termed as non-necessary cookies. It is mandatory to procure user consent prior to running these cookies on your website.

Meets All 26 Standards of Accreditation

BBB Rating as of: